June and July have been wonderful, and awful, and completely interesting. The ability to paint, and decorate as we please is such a glorious benefit to this apartment, and I honestly cannot say enough about how excited I am over having a fireplace. One of the beautiful new pieces of art going up on our walls is a painting by my dear friend Nykolai Aleksander.  It's simply stunning! 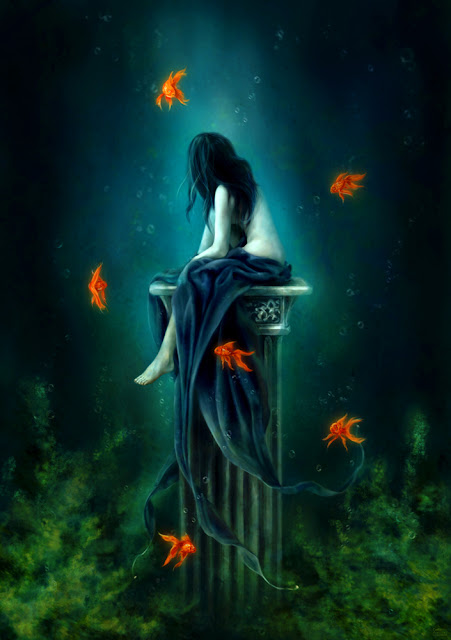 I need to get a frame for it, but it will look great in the living room.

So, once upon a time I lived in London England, as I have mentioned in passing. The nice thing about living over the pond is that all of Europe is so close! I didn't travel outside of England quite as much as I wish I had, but I did manage to make it to Amsterdam, because I was young, and very interested in ...The Coffee Shops.

Anyway, It was a really lovely trip, and I got to spend time with a friend who lived there. We climbed to the top of  the Martinitoren in Groningen, and strolled through Assen (where he lived). But on my first day there, we were in Amsterdam herself. What a city! 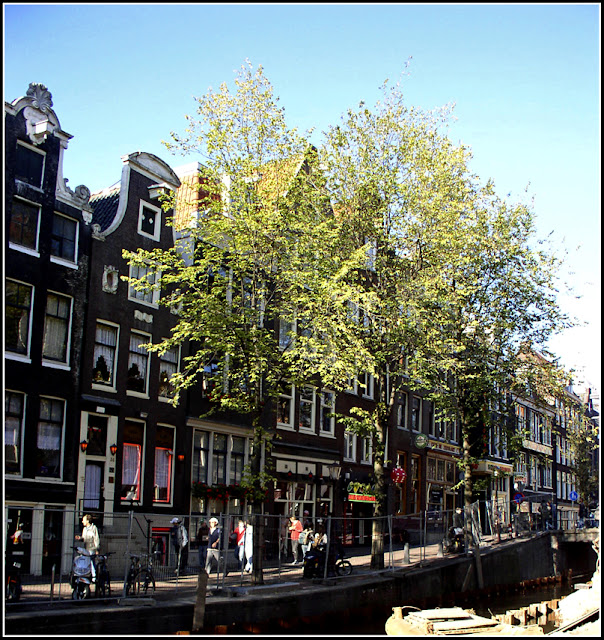 We drank at a few places, and stopped in at a Cafe. There was a man who stopped me in the street and asked me if I knew his friend Charlie. In my naivete, I grinned and said "I don't know, do I?" Erik managed to stop laughing long enough to explain that the man was asking me if I wanted cocaine. I picked up some strange candies (which were gross) that I think were salted licorice, and a marijuana lollipop (which was surprisingly tasty). There were bicycles everywhere, and I don't think anyone there was overweight. We saw a movie in English with Dutch subtitles. It was "Wallace & Grommet, and the Curse of the Wererabbit". Still one of my favorite films. The most bizarre thing I saw while I was there was a women's babydoll t-shirt that said "Mas, papa. Por favor!" I stood in front of the window it hung in for a good 10 minutes trying to decide if it was a poor translation job that made them order that shirt, or if it was intentional. I never did figure that one out.

I wish I could find more of the photos I took, but I wasn't as good with my backing up of files back then. I also lost a laptop in London when the flat was broken into.

The Red Light District was not as crazy as I imagined, though that may have had a lot to do with our being there in the day time.There were boobs everywhere though, and I bought a penis shaped salt shaker for my friend Keir, who in a very British, and polite way, declined my gift. I can't remember where that penis ended up. I probably gave it to someone I wanted to make uncomfortable. (It was a very *large* salt shaker.)

It's been so many years that a lot of what we did is sort of a blur. I remember that Erik tried to kill me with food from Febo. It was so hot that I burned myself when I tried to eat it, but once it cooled down it was very tasty. He refused to tell me what was in it however, so to this day I have no idea what I ate. It could have been anything. It set a precident of not asking about what I was eating however, which culminated in my wolfing down haggis, before asking what it was made from. Lesson learned*.


When we arrived at Erik's house, we proceeded to drink way too much, and smoke various things. (I was still a tobacco smoker back then). It was all fun and games until someone vomited (me) and someone passed out (..okay, fine. That was also me.) I vaguely recall crawling on hands and knees up the extremely steep staircase, and sleeping fully clothed on the guest bed.


So there you go crew, another story of the stupidness that is my life. Husband and I plan to start taking more vacations, and visiting my friends that live abroad, so pretty soon there will be many more ridiculously irresponsible tales of my adventures.

*by lesson learned I mean I learned nothing.

Posted by Just call me Captain at 8:25 PM

Email ThisBlogThis!Share to TwitterShare to FacebookShare to Pinterest
Labels: crazy, let's all laugh, sharing the weird