Tiny Trips to the Tiny Vet for a Tiny Cat

Seven Has An Owie


So, Seven, while she is probably the cutest cat I've ever seen (forgive me, I suppose that most people think their kittens are the cutest, like parents all think their kid is the cutest, or the smartest, or whatever) however, she's not the brightest kitten. She gets into some remarkably silly things. And ends up in some troublesome situations.
As I mentioned in my last post, she has only been to the vet once, and it was entirely her own fault. I thought we had another visit lined up when she stepped on the burner of the stove the other day, but thankfully she wasn't there long enough, and the burner had cooled enough that while I'm sure it didn't feel good, there was no damage.


We didn't witness it happen, so we can't be certain what occurred, but I noticed Seven's paw was wet, so I went to dry it off. That's when I realized it was blood on her paw.
Upon further inspection, she was missing her dewclaw... all of it. It wasn't broken, it wasn't just injured, it was gone. All that was left was a bloody stub.
I cleaned it the best I could, and looked online for what to do. Some of the suggestions were to keep an eye on it, and see how it does. In retrospect I realize that this is for a partially broken claw, but we hadn't picked a vet for her yet, so we thought we'd give it a day and see how she did. She was obviously not bothered by it at all, since she was playing, and eating as normal.
I think she must have caught it in the carpet of her cat tree, and then perhaps fallen from it. It's the only thing I can think of, since the rest of our home is fairly cat-proofed.
After a day of observation, it had scabbed over and looked clean, so I just kept cleaning it with warm water, and then started searching for a vet. We found one, and we made an appointment, but we had to wait two days.
At her vet visit I was glad when the vet told me I'd done exactly the right thing. She gave Seven and antibiotic shot, and informed us that she'd done such a good job of removing the claw herself, that they didn't need to do surgery. *laughs*
It was a month or two before it grews back all the way, but she's doing just fine.

Data
It seems unfair that I spend so much time talking about Seven, however, Data is just such a good boy. He's such a love, and so gentle. I've never had scratches from him (my husband has a HUGE one right now, but that's another story).
Though, I do wish he'd quit having a wee in my cacti... -_-
Here's some photos to admire of our beautiful Data. 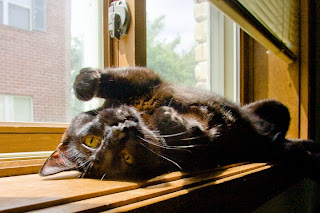 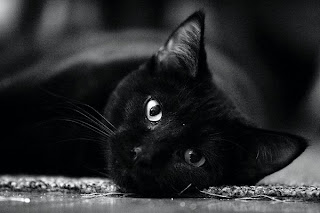 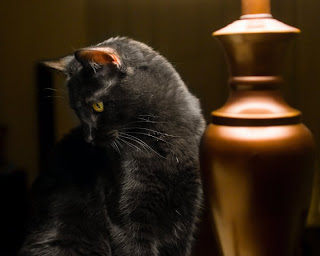 I've been just awful the past 2-3 days. And my husband is NO HELP AT ALL! He totally had me bake chocolate chip cookies last night. And I make some awesome cookies. They're moist, soft, and melt in your mouth. So what I'm saying here is I made them, and ate two of them.

Woke up with a bad attack of anxiety this morning, which was bad. But at least for once I know the source! My son goes back home to North Carolina tomorrow, and I go back to work. I don't want my kid to leave, but he has school to get back to, and friends. I also know that nothing will have gotten done while I was on vacation, so it's a good thing I enjoyed this week, because I used up all of my time off for a while, and I'll have to play catch up like hell.

It makes me angry, and frustrated with myself that I feel like hiding all the time. Just this rock solid dread sitting in the middle of my chest making it difficult to think, or breathe. I tell myself that I am an AWESOME person, who has had really AMAZING experiences. I am smart, and funny, and people seem to genuinely like me. I try to remind myself that I am capable, clever and that I've always managed to handle anything and everything that people have thrown at me, usually without breaking a sweat. But I have a hard time believing myself most days.

The weird thing is that while I was bouncing around from place to place (and country to country in some cases) I never worried about things. I was alright, as long as I had a little money, and a way to get a hold of a friend. It's real life I can't seem to get a hold of.

Being a grown-up blows.

I feel like I should have a way of ending each blog, like a catchphrase... Hmph. What do you guys think?

Posted by Just call me Captain at 1:18 PM

Email ThisBlogThis!Share to TwitterShare to FacebookShare to Pinterest
Labels: crazy, have I mentioned my cats?, let's all laugh, photography